Welcome to Tricia Robertson's website, she is one of U.K's foremost Psychical researchers and is all about the EVIDENCE.

coast to Coast  former teacher of mathematics and physics Tricia is a long term council member, past Vice President and Immediate Past President of the Scottish Society for Psychical Research.

She is a tutor for the Department of Adult and Continuing Education (DACE) at the University of Glasgow. In conjunction with Professor Archie Roy she provided a session programme of 20, 2 hour, lectures per session for DACE in a series entitled “An In Depth Study of Psychical Research.” This course has now been running for six years.  The paranormal- what is the evidence?’

In addition to 29 years of experience in investigating spontaneous cases Tricia has appeared on various radio and TV programmes and has been invited over many years to speak to varied organisations throughout the U K.

She has written the forward to Dr Mark Ireland’s highly successful book Soul Shift, an endorsement in Bill Kasperi’s book, The Galilean Pendulum and some of her comments are on the back cover of Trevor Hamilton’s book Tell my Mother I am not Dead.

She has a wealth of experience in investigating spontaneous cases and has done so for around 30 years. Tricia is known as an interesting speaker on many topics concerning psychical research, which is reflected by the invitations that she receives from varied avenues.

Lectures in recent years include:

​18th May2023  Keynote Archie Roy Lecture for the SSPR

Among other things discussing, What have we learned in 40 years of dealing with the paranormal!

Along with many television appearances, normally in documentaries, since 1990 she has also prepared and presented many papers to the SPR International Conferences, over the past 20 years.

She is the co-author, with Professor Archie Roy, of three published papers on the study of information provided by mediums. These papers follow a five-year study of controlled experiments in conditions up to triple blind. The results of these studies are published in the JSPR April 2001, January 2004 and July 2004.

She has completed a four/five year, in depth, study of exceptional paranormal healing started 2006 and producing some spectacular results. Some of these results would indicate a form of psychic surgery. The final report may be downloaded from this site.

She has completed a report on a 6 year old boy in Scotland, who remembers a previous life.

Apart from three published peer reviewed papers in the JSPR, she has articles published in the journals of the Swedish and Norwegian Societies for Psychical Research.

Tricia is passionate about the evidence gathered in various aspects of Psychical Research, and does not suffer fools gladly who will not address specific evidence in any particular avenue.

While accepting that some people may be deluded in some aspects of experience, it is certain that there are genuine cases in nearly every aspect of paranormal claims.

Tricia has appeared in many documentaries on TV, on BBC, ITV and Discovery channels. In recent years she has featured on America's prestigious Coast to Coast twice, 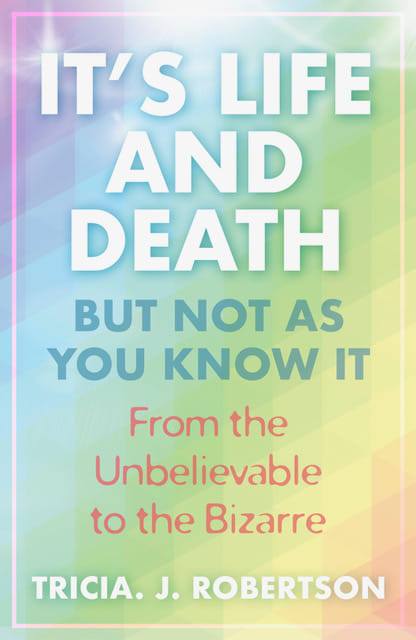 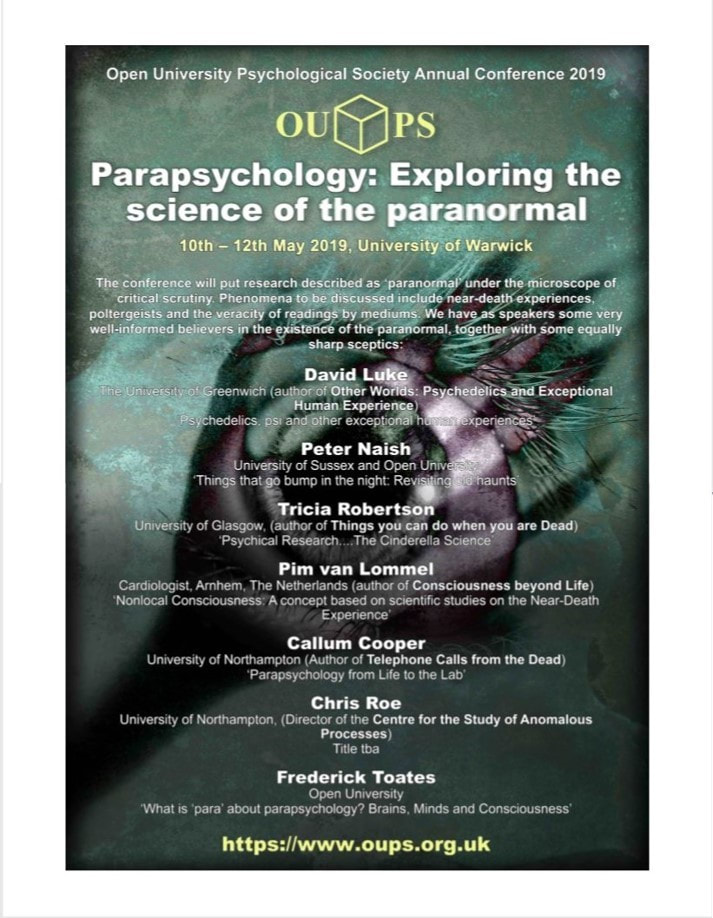